If you follow me on Facebook you’ll know that my week hasn’t gone as planned! Tuesday night my daughter came from dance college badly limping. She had been dropped awkwardly from a lift. We iced it and decided we would wait til the morning to see how it was. It was clear in the morning it needed looking at so we paid a visit to Beckenham Beacon. Several hours later the conclusion was it wasn’t broken it was a severe ligament strain.

My point is, that is life, especially when you’re a parent. In fact, isn’t that the joy of life? That it’s not a schedule and can’t be diarised to the last minute? Life is really about flexibility and the ability to adapt. That’s why I love how I work; I can build clear spots into my week that can be moved around to some degree so that I can still support my kids and not feel super stressed out. Try it! 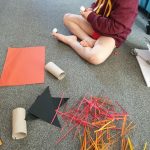 Because of being at Beckenham Beacon I was unable to run Caterpillar Learners classes this Wednesday, but I was absolutely delighted that one of the mums had a making afternoon with her son based on the ideas I had shared. He made a fabulous rocket and had great fun. All it takes is some junk and a few bits of coloured paper (and your imagination!).

It might be rainy this weekend. I know, I’m not a big fan of rain either! But kids love the rain. Wrap up, put your wellies on and go and jump in some puddles. I feel sad at how many times I see parents pulling their little ones away from puddles. Just make sure they’re dressed properly and let them have fun splashing around.

If you don’t fancy that, why not try racing rain drops? One of my favourite poems as a child was “Waiting at the Window” from A A Milne’s “Now we are Six”. 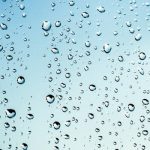 These are my two drops of rain

Waiting at the window-pane.

I am waiting here to see

Which the winning one will be.

Both of them have different names.

Onr is John and one is James.

All the best and all the worst

Comes from which of them is first.

James had just begun to ooze.

He’s the one I want to lose.

John is waiting to begin.

He’s the one I want to win.

James is going slowly on.

Something sort of sticks to john.

John is moving off at last.

John is rushing down the pane.

James has met a sort of smear.

John is getting very near.

Is her going fast enough?

(James has found a piece of fluff.)

John has hurried quickly by.

(James was talking to a fly.)

John is there, and John has won!

Listening and sound differentiation are critical skills for learning to read and spell. These days we are surrounded by background noise pretty much all of the time which makes it hard for children to identify individual sounds. Have some quiet time with your little one and try to identify what you can hear. You could do this in the car while you’re waiting for your older child or when you’re walking along or even at bedtime. To extend this find pictures of the sounds and play a matching game.

Please do send me pictures of your little ones doing the activities. I love to see them. And if you have any other ideas I’d love to hear about them too.